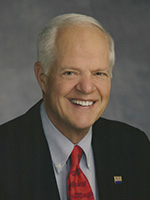 
After his otolaryngology residency training at Baylor College of Medicine, Dr. Stasney spent two years in the Navy as Lt. Commander and Instructor in Otolaryngology at the Naval Regional Medical Center in Oakland, CA. Dr. Stasney joined a Houston private practice in 1976.

Dr. Stasney founded the Texas Voice Center in 1992 to diagnose, treat, and prevent voice disorders. He currently holds several advisory and medical executive positions, including an Endowed Chair for the Houston Methodist Center for Performing Arts Medicine in Houston, and as consulting otolaryngologist for the Houston Grand Opera, The Alley Theater, and Theater Under the Stars, where he provides consultations and services for opera singers, musicians, and other performers. He has served as chairman of the Board of the Texas Hospital Licensing Advisory Council and the Baylor College of Medicine´s President´s Council. He received the American Academy of Otolaryngology Honor Award in 2004 and was named the Distinguished Surgeon of the Year in 2007 by the Association of Operating Room Nurses. He is an active member of numerous medical societies, including the American College of Surgeons, the Houston Society of Otolaryngology, and the Texas Society of Ophthalmology & Otolaryngology.

In addition to his academic positions at Weill Cornell Medical College and Baylor College of Medicine, Dr. Stasney is an adjunct professor of linguistics and music at Rice University, and a member of the clinical faculty of the University of Texas in Houston.


Dr. Stasney´s research interests include laryngeal reflux and rehabilitation of the paralyzed vocal fold. He has made several exciting contributions to the field of laryngology include development of the minifenestra thyroplasty technique using an expanded polytetrafluoroethylene implant and improvement of fat injection laryngoplasty to repair damaged vocal cords. Dr. Stasney is also interested in the effects of laryngeal reflux on vocal quality, and works closely with doctors at the Houston Methodist Reflux Center to treat reflux both medically and surgically.