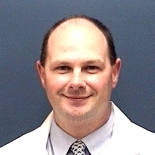 
Dr. Harms completed his residency training in obstetrics and gynecology at the Christus St. Joseph Hospital in Houston, Texas where he earned numerous honors including Highest CREOG Exam Score in 2000, 2001, and 2002. He continued to garner numerous honors after joining the attending staff there in 2002, including CREOG Educational Faculty of the Year (2003), Christus St. Joseph Ob/Gyn Residency Faculty of the Year (2005), and Best Teacher in Obstetrics and Gynecology for The Methodist Hospital Ob/Gyn Residency Program (2007, 2009). Dr. Harms joined the attending staff at Methodist in 2006. He has chaired the Department of Ob/Gyn at St. Joseph Medical Center since January of 2009.


Dr. Harms conducts clinical trials of gynecological issues including ripening of the cervix, and vaginal infections during pregnancy, as well as studies of the use of ultrasound in pregnancy and for medical education.