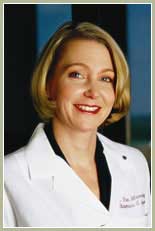 
Prior to joining Methodist in 2001, Dr. Manning completed her residency in obstetrics and gynecology at Georgetown University in Washington, DC, where she was appointed Chief Resident and received several awards including Medical Student Educator of the Year, Most Outstanding Gynecologic Surgery Resident, and Most Outstanding Reproductive Endocrine Infertility Resident. She became board-certified by the American Board of Obstetrics and Gynecology in 2003.