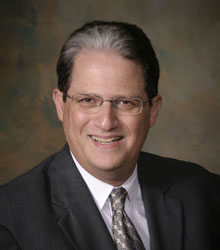 
Dr. Baskin began his research career while still a resident at the University of California San Francisco (UCSF). In 1982, he spent a year as a Research Associate at the University of Capetown Medical School and Groote Schuur Hospital in Capetown, South Africa. The following year, Dr. Baskin returned to UCSF and served as a Research Associate in the Hormone Research Laboratory. After completing his residency, Dr. Baskin was appointed as Assistant Professor of Neurological Surgery and Assistant Professor of the Center for Biotechnology at Baylor College of Medicine, with a joint appointment as Chief of Neurological Surgery at the VA Hospital. In 1994 he was promoted to Professor at Baylor College of Medicine in the departments of Neurosurgery and Anesthesiology, positions he held until 2005 when his academic career transitioned to Methodist.

Dr. Baskin has received many national and international honors and awards. He has served as principal investigator on numerous research projects funded by private, state and federal sources, resulting in multiple patents and patent applications. He has also chaired or served on review panels and advisory councils for private, state and federal agencies. Dr. Baskin has published over 100 scientific manuscripts and book chapters and currently serves as Program Director in Houston Methodist Neurological Institute, as well as Professor of Neurosurgery at Weill Cornell Medical College, and Research Professor at the University of Houston in both the Cullen College of Engineering's Department of Electrical and Computer Engineering and the School of Pharmacy.


The long-term goals of the Neurosurgery Research Laboratory are to elucidate the DNA mechanisms in various types of neurological disease, and to develop novel diagnostics and treatments for primary brain tumors and autistic spectrum disorder. Dr. Baskin has recently developed methodologies to quantify the levels of different types of DNA damage and of labeled antibody staining in the field of fluorescence microscopy, using a new type of labeled tissue phantoms. His laboratory has introduced innovative techniques that allow the quantification of five different types of DNA damage; blunt ended breaks, overhanging breaks, 3'OH ends and nicks, 3'PO4 ends and nicks and also damaged/oxidized DNA bases. These techniques are in the process of being patented.

In addition, and in conjunction with these tools for examining DNA damage, his research group is pursuing mitochondrially targeted chemotherapeutic agents. These pro-drug agents are activated by enzyme systems known to be up-regulated in certain cancers. The active drug then attacks mitochondrial DNA and mitochondrial RNA; causing loss of mitochondria and cell death. In collaboration with Dr. James Tour, of the Smalley Institute for Nanoscale Science and Technology at Rice University, Dr. Baskin's group is investigating the use of nanoscale carbon clusters in numerous biomedical applications including as a means to deliver chemotherapeutic agents that are targeted specifically to cancer cells, as well as use as cellular protective agents.

The relationship between environmental pollutants and Autism is also a major research topic being pursued by Dr. Baskin and his group. They have been evaluating the role of possible causative agents, including the classical toxin, organic mercury, which he has shown to have high toxicity in a subgroup of autistic individuals. A second class of causative agents being investigated by his group are hormone disrupting agents such as the agro-chemicals DDT and Atrazine. Their preliminary data suggests that there is major difference in the response of cells from autistic individuals, compared to external controls.