The Frontotemporal Degeneration Unit at the Nantz National Alzheimer Center provides diagnosis and treatment for frontotemporal dementia (FTD) and related disorders including primary progressive aphasia, semantic dementia, corticobasal degeneration syndrome, and progressive supranuclear palsy. Our aim is to develop better knowledge about and diagnosis and treatment of all forms of FTD and related focal dementia syndromes.

Frontotemporal dementia (FTD) is a group of progressive, degenerative brain diseases that gradually destroy the ability to behave appropriately, empathize with others, learn, reason, make judgments, communicate and carry out daily activities.

People with FTD often come to the doctor’s office because of gradual and steady behavior changes, language dysfunction, or weakness/slowing of movement. Behavioral changes may include apathy, loss of sympathy or empathy, impulsivity, a disregard for social conventions, repetitive or compulsive behaviors, dietary changes, and poor judgment and planning. Patients with one of the language variants have difficulties expressing themselves, and may have problems with reading or writing. Movement changes are often described as muscle stiffness, slowness, or weakness and feeling uncoordinated.

There is no treatment or cure yet that can reverse the damage, but medications and lifestyle changes can help relieve the symptoms. FTD is not contagious.


How is Age Related to FTD?

In people under age 60, FTD is the most common cause of dementia and affects as many people as Alzheimer's disease in the 45-64 age group. Men are affected more commonly than women.


What are the Forms of Frontotemporal Dementia?

What is the treatment for FTD?

Unfortunately, FTD has no cure, but medications and lifestyle changes can help relieve the symptoms. In some cases, physical therapy that focuses on balance and stretching also is important. A speech-language pathologist may help improve speech problems. Furthermore, researchers are actively searching for new treatments and running clinical trials to test promising new medications.

Our Frontotemporal Degeneration Unit actively conducts research to improve the diagnosis and treatment of FTD, including a search for the cure. Patient participation helps us reach these goals If you have been diagnosed with FTD, talk to your doctor or contact us to see if joining a research project is right for you. Our research includes: 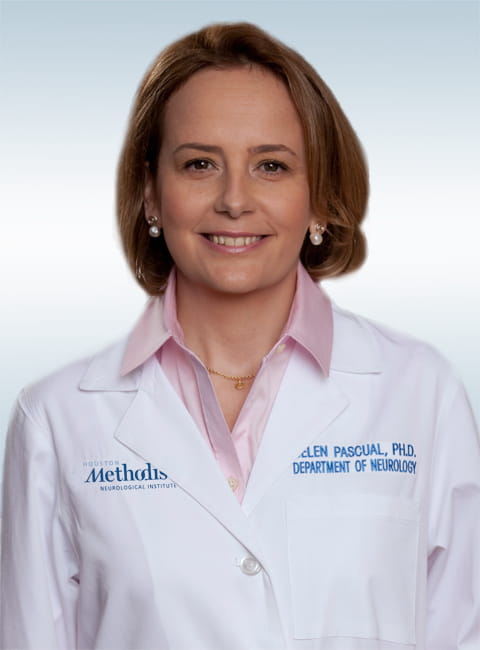 Director, Frontotemporal Degeneration Unit
Dr. Pascual has a broad background in cognitive psychology, neuropsychology and neuroimaging, with specific expertise in the neuropsychological evaluation of patients with dementia. She trained at the Mass General Hospital, Harvard Medical School, specializing in neuropsychological evaluation of patients with frontotemporal dementia and structural and functional brain imaging techniques.
View Faculty Profile >