The scientists at Houston Methodist are leading basic and clinical research that will improve treatments in the future and also allow patients to participate in clinical trials. 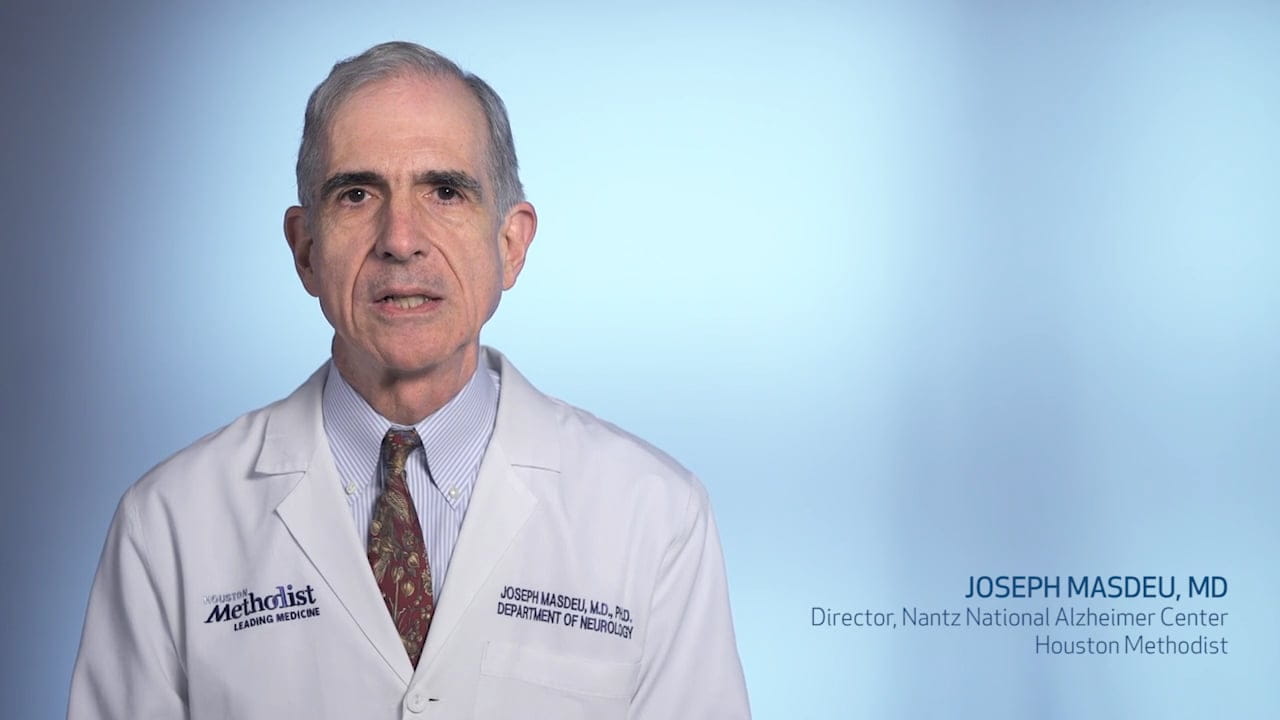 By studying the effects of certain proteins on the brain 10 to 20 years before symptoms appear, we are one step closer to slowing down and one day preventing Alzheimer’s-related memory loss.
Alzheimer’s disease is the most common cause of dementia (a general loss of intellectual function) among people aged 65 and older and is not a normal part of aging. Nerve cells (or neurons) produce the brain chemical (or neurotransmitter) acetylcholine, which breaks down the connection between nerve cells, causing them to die. Alzheimer’s disease first destroys the nerve cells in the hippocampus (a complex structure deep in the brain involved in memory) and short-term memory loss occurs; language skills and judgment decline when neurons die in the cerebral cortex (the main part of the brain in front of and above other brain structures).

Individuals with Alzheimer’s disease normally exhibit one of two types of abnormal lesions that clog the brain: (1) beta-amyloid plaques and (2) neurofibrillary tangles. Beta-amyloid plaques are sticky clumps of protein fragments and cellular material that form outside and around nerve cells. Neurofibrillary tangles are insoluble twisted fibers, which are composed largely of a protein called tau that builds up inside nerve cell. Tau proteins, which stabilize a cellular structure called microtubules, are abundant in neurons of the central nervous system and are less common elsewhere. Although these structures are hallmarks of the disease, scientists are unclear whether they are the cause or a byproduct of having Alzheimer’s disease. The brains of people diagnosed with Alzheimer’s disease also show loss of neurons, or nerve cells, which results in atrophy or shrinkage of the brain.

Other dementias and cognitive disorders:

Additional information is available to help you learn more about Alzheimer’s disease and other dementia disorders: