Martin Sharpe, PhD research focuses on novel targets, therapeutics and drug delivery systems aimed to find a cure glioblastoma multiforme (GBM). His approach is to find proteins, especially enzymes, transporters or surface antigens, which are much higher in the glioma than in a patient’s tissues, and use these for leverage. 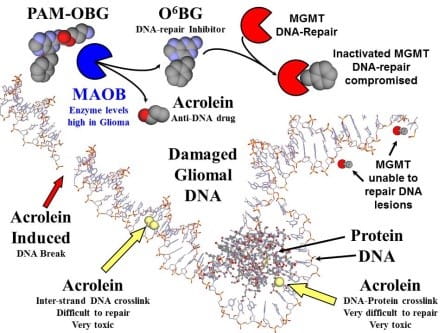 PAM-OBG is a pro-drug that generates a specific inhibitor of DNA-repair in glioma. 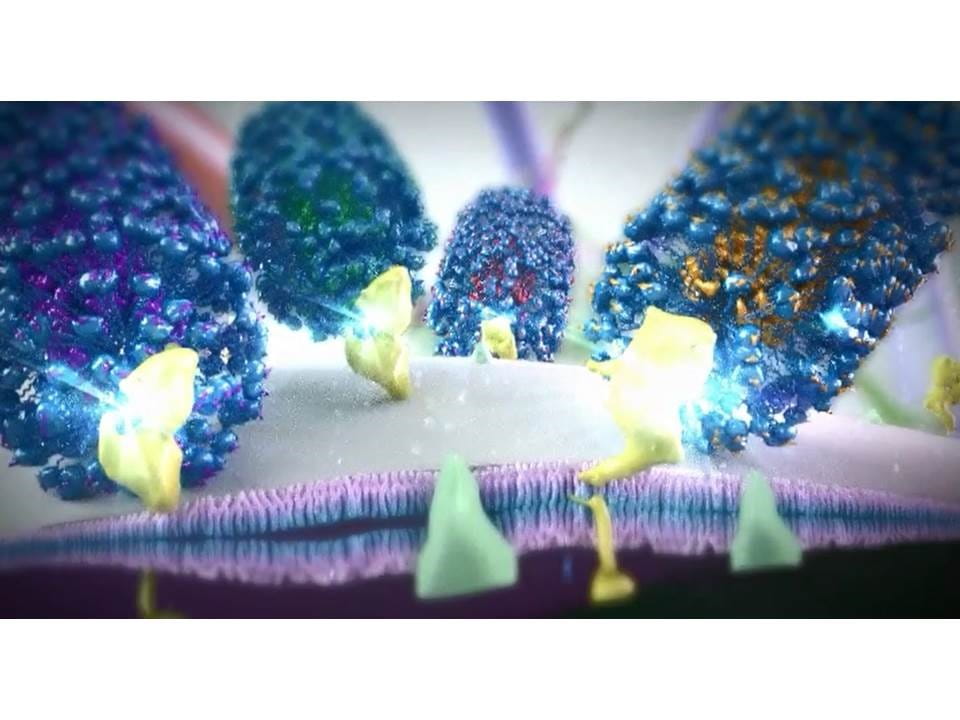 Targeted nanosyringes deliver their chemotherapeutic drug load to the surface of cancer cells. 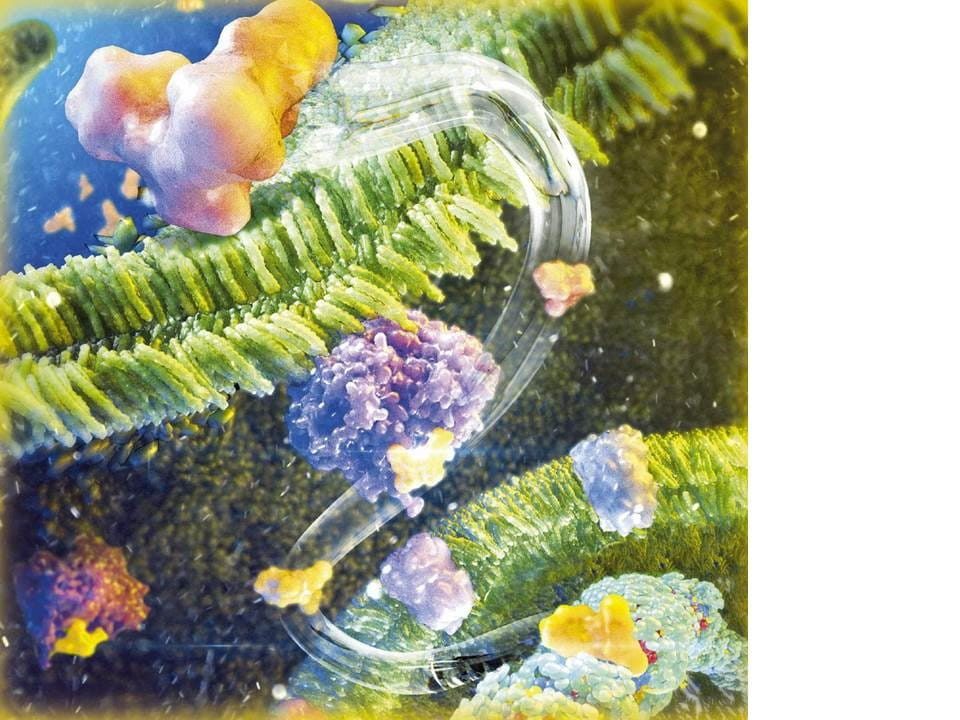 Targeting the Sweet Tooth of Cancer 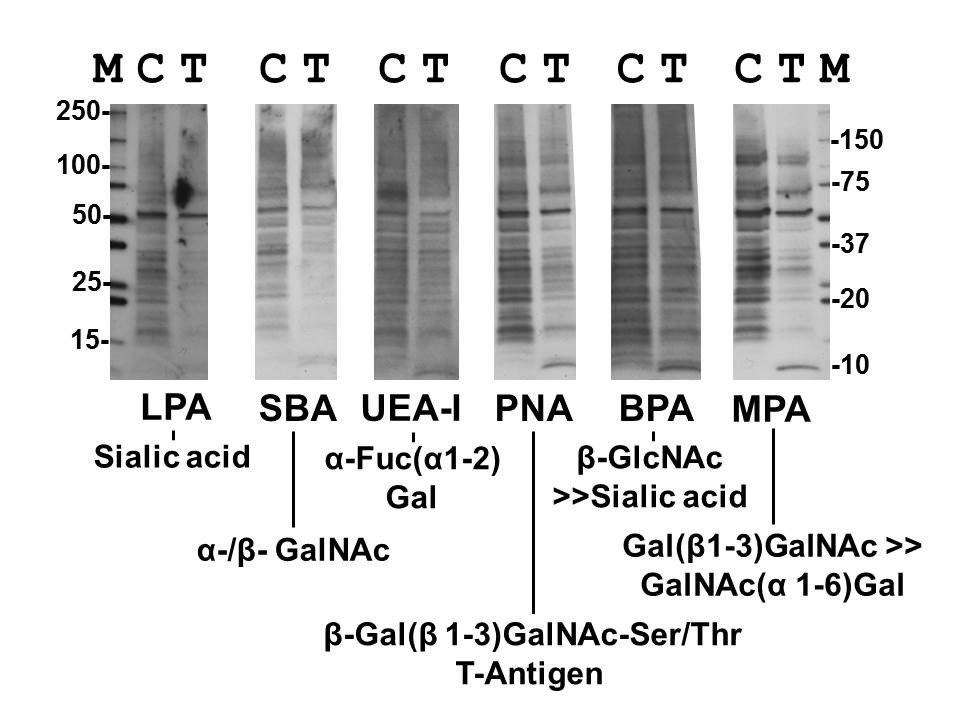 Inhibiting cell glycan synthesis with galactose analogues allows us to target glioma’s ‘sweet tooth’.
Nanosyringes for Selective Chemotherapy and to Poison Cancer Cell Drug Pumps
In collaboration with Jim Tour and the Smalley Institute at Rice University we have made tiny nanosyringes that selectively deliver chemotherapy only to cancer cells.  We have been developing two major methods for treating cancer based on polyethylene glycosylated hydrophilic/hydrophobic carbon cluster (PEG-HCC) nanosyringes.
We can fill these syringes with hydrophobic compounds, like the chemotherapeutic drugs docetaxel and vinblastine, and target them to the surface of the tumor by using either antibodies or attaching peptides to the nanosyringes PEG tendrils which bind to cell surface receptors that are found in high levels on the cancer cells.  We have demonstrated the ability to specifically target drug-filled syringes to the surface antigens of gliomal cells, killing them and sparing both human astrocytes and neurons.
We have been able to increase the selective toxicity of chemotherapeutic drugs by using the nanosyringes to carry drug pump inhibitors. One of the major reasons for a cancer cell's drug resistance is that many cancer cells have high levels of drug pumps on their cell surface. These pumps can export chemotherapeutic drugs that diffuse inside the cell back outside.
We fill nanosyringes, targeted to different cell surface antigens, with chemotherapeutic drugs or with inhibitors to the drug pumps which cancer cells use to give themselves resistance to these drugs. Cancer cells, with high levels of the target surface antigens, are covered with nanosyringes that release both drugs and drug pump inhibitors into the cell. Non-cancerous cells typically have low levels of one or more of the selected target antigen and will receive low, non-toxic, levels of a single chemotherapeutic or drug pump inhibitor. We can therefore achieve very high concentrations of chemotherapeutic drugs inside cancer cells, but very low levels elsewhere, thereby reducing the side effects of chemotherapy while increasing its efficacy.

MP-MUS, a Novel Gliomal-specific, Mitochondrially-targeted Chemotherapeutic
We have developed the very first successful selective mitochondrial chemotherapeutic agent for brain cancer.  We have designed, synthesized and tested in vitro and in vivo, a novel drug family formulated to specifically kill glioma. Gliomas are noted for their up-regulation of the mitochondrial enzyme Monoamine oxidase-B; this enzyme converts the uncharged MP-MUS pro-drug into the active, cationic drug P+MUS. P+MUS accumulates in the cells powerhouse, the mitochondria, destroying its small genome, mitochondrial DNA. The cancer cells attempt to overcome the toxicity by synthesizing more mitochondria, but in doing so increase their levels of Monoamine oxidase-B and thus make themselves more vulnerable to MP-MUS. Loss of mitochondria, and the release of mitochondrial apoptotic factors, cause gliomal cell death. 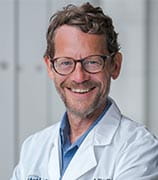