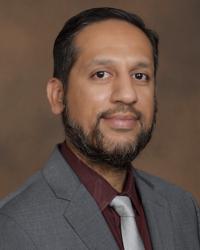 A board-certified Rheumatologist, Dr. Abbas is a member of the American College of Rheumatology and the Texas Medical Association. He graduated with honors from Hamdard College of Medicine and Dentistry in Karachi, Pakistan before completing his Internal Medicine residency at State University of New York at Buffalo. Upon completing his residency there, Dr. Abbas moved into an academic faculty role, where he was awarded the Dr. Carter Pannill Award for Excellence in Teaching in 2009.

In 2011, Dr. Abbas began his fellowship in the field of Rheumatology at Case Western Reserve University at MetroHealth in Cleveland, Ohio. His fellowship was completed in 2013.

Today, Dr. Abbas practices Rheumatology in Houston, Texas, where he plays competitive league cricket when he’s not treating patients or spending time outdoors with his two young children. He has been named “Physician of the Month” twice by Methodist Willowbrook Hospital, in July 2015 and April 2017.