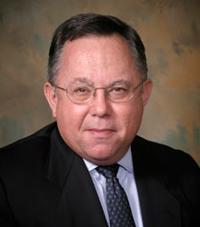 Dr. Sam Law is a native Houstonian.  He moved to Houston when he was 3 months old when his father began medical school at Baylor.  He attended Bellaire High School, Rice University, Baylor College of Medicine and the Baylor OB/GYN residency program.  He has been involved in the private practice of OB/GYN since finishing his residency in 1979.  Recently his practice group, Partners in OB/GYN Care relocated to the Texas Children's Hospital Pavilion for Women at 6651 Main Street.

Sam and Lydia are members of South Main Baptist Church since 1973.  Sam is active in medical mission work and has made seven mission trips to Bangalore Baptist Hospital in India and more than 10 mission trips to Collique, Peru with Operacion San Andres.  Sam teaches Bible study at South Main on Sunday mornings and is currently teaching Chafin's New Beginnings Community.
Throughout his career, Sam has been active in both Obstetrics and Gynecology.  Starting in September 2014, he will no longer be delivering babies. Sam's major interest is the vaginal repair of pelvic floor injuries.