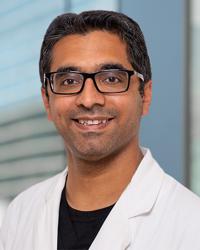 Salman Bandeali was born in Karachi Pakistan. From the start he was extremely successful and was able to enter the prestigious Aga Khan University where he pursued a career in medicine. During his tenure at Aga Khan, his success continued, as he was elected the top performing student. After his time in Pakistan, he emigrated to the United States to pursue a career in Internal Medicine. He was able to gain a position at the Baylor College of Medicine here in Houston Texas. From the time he arrived he was very successful. He was awarded a multitude of awards, all demonstrating Dr Bandeali to be at the top of his class and a phenomenal young clinician. In addition, he was a prolific scholar and was able to publish more than 50 articles, winning many research competitions and became a member of multiple medical societies. As his training progressed, he felt the sub specialty of cardiology best suited his interests. He pursued further training at the Texas Heart Institute. As a cardiology fellow, he continued to excel. He was awarded the CCU fellow of the year award for his bedside care, an honor bestowed by the nursing staff. In his final year of general training, he was award the Tauber award for being the most outstanding cardiovascular fellow as selected by the faculty of Texas Heart. He then went on to pursue interventional cardiology training at the Texas heart institute where he served as chief interventional fellow amongst his peers. After being in private practice for a few years, he decided to go back to do an additional fellowship in Advanced Heart Failure & Transplant Cardiology at Texas Heart Institute. Dr Bandeali’s enthusiasm is unparalleled. His clinical interests are broad and include cardiovascular disease prevention, coronary atherosclerosis, peripheral arterial disease, valvular heart disease and cardiogenic shock and high-risk intervention. He is routinely selected as a top doctor amongst his colleagues and the staff all known him as Sal. In his spare time he enjoys exploring the various Houston restaurants with his wife and volunteering with his local community.