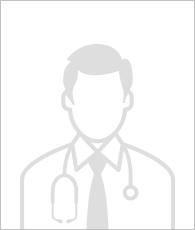 Peter Howard Jones, MD, is the medical director for the Houston Methodist Weight Management Center. He also serves as an associate professor in the Center for Cardiovascular Disease Prevention at the Baylor College of Medicine and as -director of the Lipid Metabolism and Atherosclerosis Clinic.
Dr. Jones received his BS in chemistry in 1974 at Washington and Lee University as a summa cum laude and a Phi Beta Kappa student. He completed his MD at the Baylor College of Medicine in 1977 as the Michael E. DeBakey Scholar. He completed his internal medicine residency at Baylor, and is board certified in internal medicine and clinical lipidology. He is also a fellow of the American College of Physicians and of the National Lipid Association. He was a board member of the National Lipid Association (NLA) from 2006 to 2010, served as the association's secretary from 2003 to 2004 and as president from 2005 to 2006. Dr. Jones was also a board member of the American Board of Clinical Lipidology from 2006 to 2011. He currently is the chief science officer for the National Lipid Association (2013-2015).
Dr. Jones has published more than 190 clinical abstracts, articles and chapters in textbooks. He is an associate editor of the Journal of Clinical Lipidology.