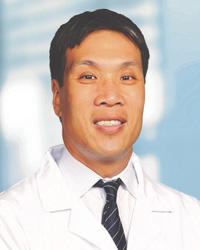 Dr. Shih is a accomplished neurosurgeon focusing on the treatment of complicated spinal and cranial pathologies. He graduated Summa Cum Laude from Texas A&M University with a Bachelor of Science in biomedical engineering. He completed his medical education at The University of Texas Southwestern Medical School at Dallas where he was educated by world-renowned physicians and scientists including five Nobel Lauretes. Following medical school, he spent a year doing his surgical internship at Beth Israel Medical Center in New York City. After his internship year, he spent the next six years of his post graduate training in Chicago completing a residency in neurosurgery at McGaw Medical Center of Northwestern University. He has been fortunate to work with a number of prominent physicians in the field of neurosurgery. Dr. Shih's academic achievements include four book chapters, thirteen peer-reviewed journal articles, and multiple presentations at national meetings. He is board certified by the American Board of Neurological Surgeons. He is an active member of the Congress of Neurological Surgeons and a Fellow of the American Association of Neurological Surgeons. He has been voted in H Magazine as one of the city's top doctors! Away from work, Dr. Shih is a devoted husband and a loving father of two boys. He considers himself a native Texan and is happy to be back close to his family and friends!