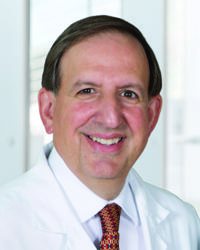 Dr. Joseph S. Galati is a native of Long Island, New York. He received his undergraduate degree at Syracuse University and attended St. George's University School of Medicine.
Following medical school, Dr. Galati was an intern and resident in internal medicine at State University of New York Health Science Center-Brooklyn(formerly Downstate Medical Center) /Kings County Hospital Center, one of the premier teaching hospitals in the country.
Dr. Galati left New York City for Omaha, Nebraska, where he attended University of Nebraska Medical Center, receiving his fellowship training in gastroenterology, hepatology, and transplant medicine.
In 1994, Dr. Galati came to Houston, holding several different positions at University of Texas-Health Science Center and St. Luke's Hospital. In 2007, Dr. Galati was appointed the medical director of the Houston Methodist Center for Liver Disease & Transplantation in Houston Texas.
Dr. Galati's practice, Liver Specialists of Texas, is devoted to the care of patients with both acute and chronic liver disease as well as individuals with disorders of the digestive tract. The majority of his referrals are for patients with chronic type C hepatitis - most of which have previously failed some form of therapy or have now developed complications.
For the past 10 years, Dr. Galati has been producing and hosting a weekly radio program called 'Your Health First' on 740 KTRH. He discusses the latest in health and wellness news.