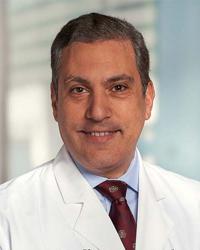 The success of my practice is defined by my patients well being.

Dr. Asham graduated from Assiut University Medical School in Egypt  with honors. After completing his military service as a lieutenant he went to England where he obtained doctorate of medicine from University of London. His doctorate thesis was on the role of endothelin in colon and rectum cancer liver metastases (secondary tumors). His thesis is archived at the British Library. During his surgical training in England he was admitted, after examinations, to the fellowships of the Royal Colleges of Surgeons of England, Edinburgh and Glasgow. One of his appointments was a  lecturer at King's College Hospital, London.

Dr. Asham was selected to do a post doctoral fellowship at the Thomas Starzl Institute, University of Pittsburgh. Dr. Starzl is the pioneer of liver surgery (hepatobiliary) and transplantation.

Before launching his own surgical  practice, Dr. Asham was an assistant professor of surgery at University of Texas Medical Branch where he helped to establish and build the liver surgery and transplantation service. He served as  an attending surgeon with the abdominal transplant surgery team at Houston Methodist Hospital at Texas Medical Center. Dr. Asham authored and coauthored several book chapters and peer reviewed articles in various surgical journals. He presented his abstracts at multiple national and international conferences. He was invited to give grand rounds at Charing Cross Hospital, London, U.K. and  Kenyatta University Medical School at Nairobi, Kenya.

Dr. Asham has a special interest in medical missions to the underprivileged in the third world. He made many trips to Africa and the Middle East. Dr. Asham defines his success by the well being of his patients.