Navigation
Navigation
Navigation
The inaugural creation of the Houston Methodist Neurological Institute at Houston Methodist Hospital in 2005 was the result of a commitment and mission to pioneer the translation of advances in basic science into meaningful therapies for neurological conditions while providing an environment that fosters the education and training of post-doctoral fellows, residents and students to develop into preeminent physicians and scientists of tomorrow.

The Neurological Institute is part of the Houston Methodist Research Institute which is a cornerstone of Houston Methodist Hospital's strategic vision for its future as a top-ranked academic medical center. It supports a collaborative atmosphere for senior and young investigators in various fields. The Institute’s founding chairs, Robert Grossman, MD, and Stanley H. Appel, MD who represent a broad spectrum of expertise and have led their departments at Houston Methodist for more than 25 years. They lead a core group of more than 50 neurologists, neurosurgeons and dozens of neuro-specialist staff, all collaborating to make the Neurological Institute the nation’s model for neurological diagnosis, treatment, clinical trials and research. 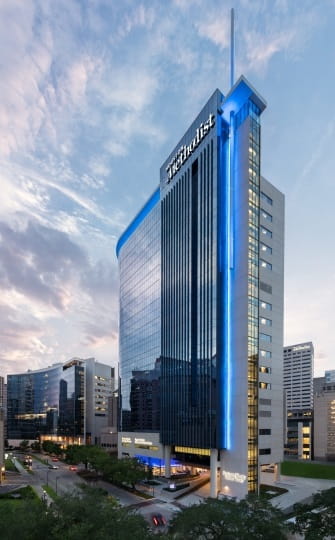 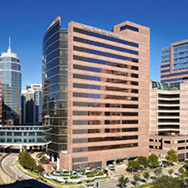 Texas Children's Hospital is located in the Texas Medical Center in Houston, TX. It is the first hospital in the world to use real-time MRI-guided thermal imaging and laser technology to destroy lesions in the brain that cause epilepsy and uncontrollable seizures.

The Pediatric Neurosurgery Service at Texas Children’s Hospital is a hospital-based academic pediatric. It is among the largest and most experienced pediatric neurosurgery units in the United States with more than 950 operations annually for a broad range of neurosurgical disorders. The pediatric neurosurgeons at Texas Children's Hospital are committed to setting the standard for the surgical treatment of infants and children with neurologic disease and to pioneering innovative therapies for the developing nervous system.

In addition, Texas Children’s Hospital Neurosurgery was the first pediatric center in Texas to use the NeuroPace RNS device to treat seizures.

Texas Children’s Hospital is consistently named as a top program in Texas and the entire southwest region and ranked #4 in the country by the U.S. News & World Report’s.

DELL SETON MEDICAL CENTER AT THE UNIVERSITY OF TEXAS 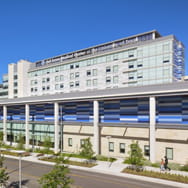 Each PGY6 neurosurgery resident will spend three months at Seton in both pediatric and trauma neurosurgery. 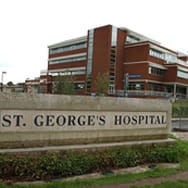 The St George’s Hospital neurosurgery department has been renowned around the world as a center of excellence for brain and spinal surgery since it was established at its original site at Atkinson Morley Hospital in 1869.

The department provides a comprehensive service for the diagnosis and treatment of disorders affecting the brain, skull, spine and nervous system for patients from across the south of England, and has a rich history of training and education. As a national center of excellence and the heart of the South West London and Surrey Neurology Network, the department treats patients with the most complex conditions from across the country. St George’s Hospital is the only hospital in the UK to be located on the same site as a university – the prestigious St George’s University of London, the only university in the country dedicated solely to medicine.

This is a 6-month elective rotation (optional) for all PGY6 residents.