On Health
Tips to Live By

Living My Best Life After a Multi-Organ Transplant

As a 7-month-old child, I didn’t have a care in the world. I ate, slept and, in between, crawled around, laughed and cried. However, my parents became concerned when I couldn’t stop coughing, despite the medication they tried. One day, my pediatrician performed a sweat chloride test and diagnosed me with cystic fibrosis — a disease that would cause persistent lung infections and slowly take away my ability to breathe. My parents were devastated, and knew from that moment on their little girl’s walk down life’s path would not be an easy one.

For the next 18 years, except for the daily rounds of breathing treatments and handfuls of pills, I lived like any other child. I went to school, had friends and many hopes and dreams. But by the time I was 19, I would have to put those dreams on hold because my condition got progressively worse.

I repeatedly had to spend between 14 and 48 days at a time in the hospital receiving high doses of IV antibiotics to clear out my lungs. Eventually, my lungs started to fail, and my only option was a transplant. However, the medicine that was saving my lungs damaged my liver beyond repair, so I’d need a new one of those, too.

At the time, I was seeing doctors in Denver, and they would not perform a lung-liver transplant. I did my research and found very few transplant centers did. In fact, less than 100 people had ever undergone this type of multi-organ transplant. Then I came across Houston Methodist. I loved the doctors and liked the fact that they had good results. I decided to put my life in their hands. 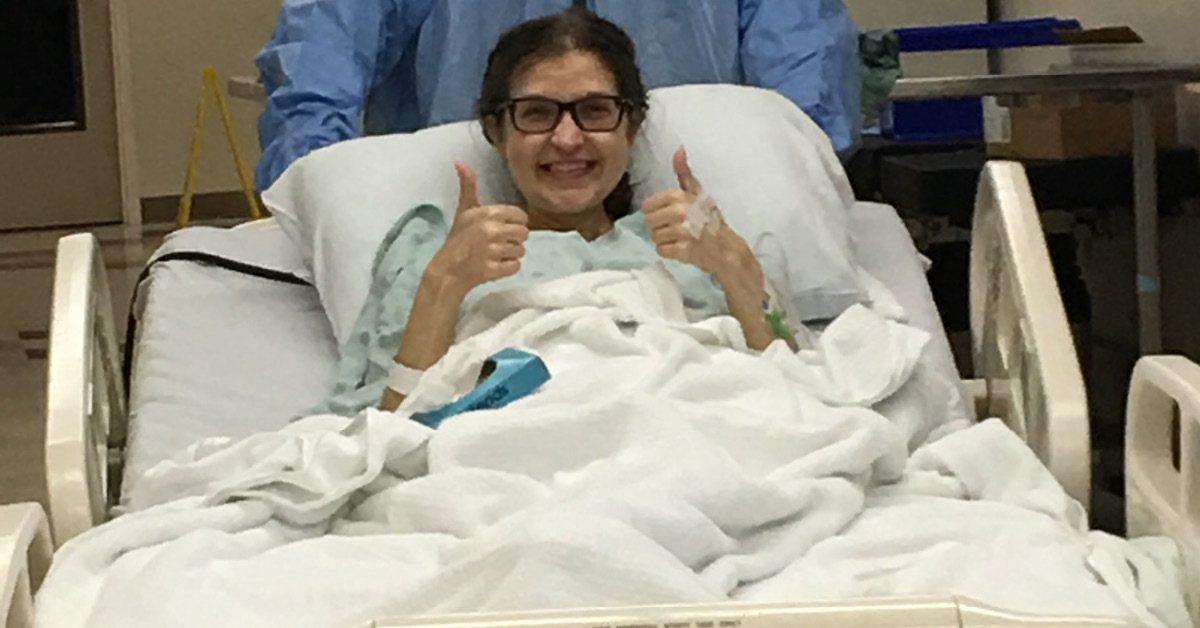 After being on the waiting list for 13 months, I received the call on Nov. 22, 2017, that my organs were available — it was the night before Thanksgiving and I couldn’t have been more grateful. I received my new lungs that night and my new liver early on Thanksgiving morning. When I woke up, I felt like I was living in a whole new world. That first breath was like magic. My doctors told me to prepare for a three-month stay in the hospital and/or rehab center, but everything went so well for me I went home just two weeks after surgery.

My life has not been an easy one, but I am so happy to be alive. For the first time in more than a decade, I could breathe without thinking about it. No longer would I have a panic attack if I saw a broken escalator, because I could easily walk up a flight of stairs. A year later, my lung capacity is 100%; before transplant, it was 17%. My liver is doing just fine, too, thank you. I’m taking writing and art courses at Rice University and moving onward and upward.

The unfortunate part of the transplant process is that someone had to lose his or her life for me to get new organs. My donor was a young woman who died of a brain aneurysm a month before her wedding. I was fortunate enough to meet her family after my one-year anniversary. We bonded instantly. Her mother said that her daughter was a very giving person when she was alive, and she was happy to see that she was able to save my life. I believe this is just the beginning of what will be a beautiful relationship with my donor’s family.

I will never be able to repay my donor for giving me a second chance. All I can do is honor her memory by living life to the fullest — and that is exactly what I plan to do.
Categories: Tips to Live By