The technology uses novel retroviral replicating vector (“RRV”) gene transfer platform, which may result in products which could provide selective and efficient gene transfer to cancer cells sufficient to kill tumor cells directly followed by the activation of the immune system against the tumor.

RRV’s carry the complete set of viral genes (gag, pol, env) which allow viral replication and subsequent delivery of a therapeutic gene throughout a tumor. RRV’s replicate by budding from the host cell, leaving the host cell intact. This budding mechanism allows cancer cells to become “factories” for generating RRV particles, which can then spread through the tumor. With this unusual mechanism of propagation, a single dose of RRV may be sufficient to achieve persistent gene therapy throughout the tumor. 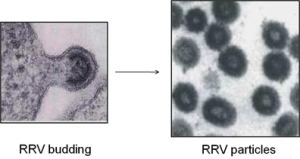 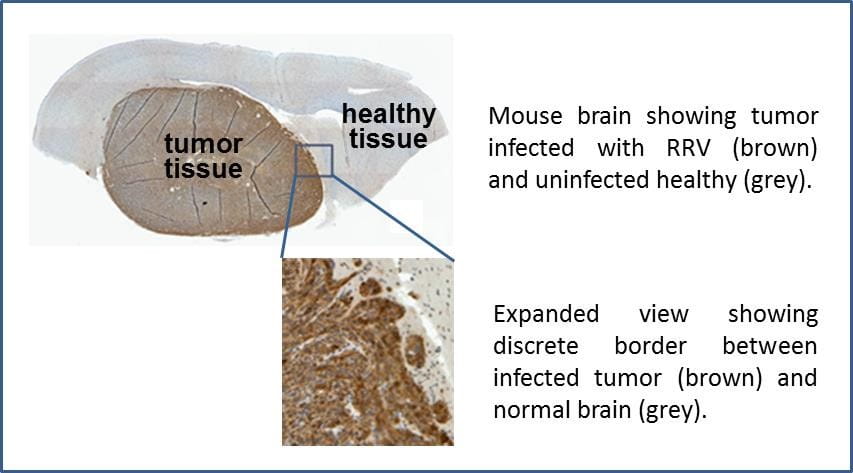 Data from in vivo pre-clinical animal studies demonstrate efficient gene delivery throughout a tumor within approximately 3 weeks, as shown below.

After the initial direct cancer cell killing mediated by the genes delivered to the cancer cell, the immune system may become activated against the tumor. This mechanism of action is supported by preclinical data that show that after stopping 5-FC treatment of mice with gliomas which had received Toca 511, the tumors recurred in immune deficient mice but did not recur in immune intact animals. Furthermore, re-implanted gliomas do not grow in mice that are in sustained remission following treatment of the same glioma with Tocagen’s lead product, Toca 511 & 5-FC. Moreover memory T lymphocytes remain active against gliomas previously treated with Toca 511 & 5-FC in mice that are in 1 year remiss.
Kenneth R. Peak Brain and Pituitary Tumor Treatment & Research Center
Houston Methodist Hospital - Texas Medical Center
6445 Main Street, Outpatient Center, Floor 24
Houston, TX 77030
713.441.8500