About Courtney and Jim
Nantz 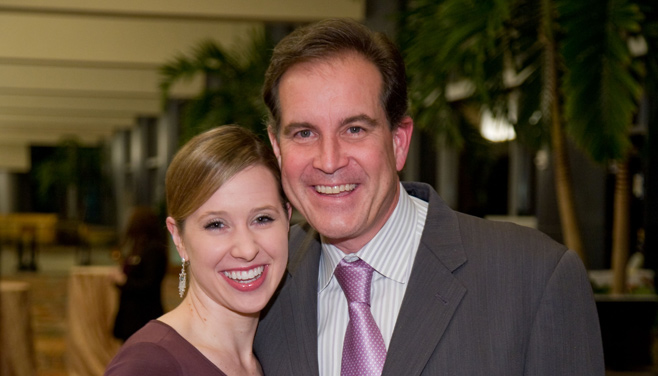 Alzheimer's is one of the most common neurodegenerative diseases, robbing those affected of their independence, cherished memories, and, ultimately, their lives.

Since its inception in 2011, the Nantz National Alzheimer Center (NNAC) has become a world-renowned referral center, treating thousands of patients each year. Its goal: slow memory loss progression and improve the quality of life for every patient.

The NNAC provides an environment of comprehensive, compassionate care for patients and their families. The center's interdisciplinary team thoroughly evaluates each patient to ensure all medical conditions affecting memory loss, including hydrocephalus, vascular disease and sleep disorders, are diagnosed and treated. This approach has resulted in dramatic improvements in cognition for many patients.

About Jim Nantz, Founder of the NNAC

Emmy Award-winning sports commentator, Jim Nantz, partnered with the Houston Methodist Neurological Institute to create the Nantz National Alzheimer Center. Jim and his wife, Courtney, work tirelessly to increase funding and generate awareness of the effects of concussions and TBIs (Traumatic Brain Injuries) as well as later life dementia disorders and Alzheimer's disease. Jim has made a generous lifetime commitment to aggressively support research to find a cure for Alzheimer's disease as a lasting tribute to Jim's father, Jim Nantz, Jr. who battled Alzheimer's for 13 years. Read more