Stereotactic Atlas of the Human Lumbar and Sacral Spinal Cord

Purpose of the Atlas
A Stereotactic Atlas of the Human Lumbar and Sacral Spinal Cord has been created by using high-resolution digital imaging of serially sectioned human cord tissue. The purpose of the atlas is to guide radiological and physiological localization of placement of epidural stimulating electrodes and to guide placement of cellular transplantation for restoring movement in individuals who have sustained spinal cord injury. Neuromodulation and cellular therapy would be made more precise and safer for patients by the availability of an atlas of each cord segment with stereotactic coordinates. .

Methods
The atlas is based upon study of 20 adult spinal cords. Under a Methodist Hospital IRB approved protocol, the spinal cord was removed in adult autopsies and placed in 4% paraformaldehyde for 48 hours. The cord was then cut into blocks approximately 10mm in length, corresponding to the midpoint of the exit of the lumbar and sacral ventral roots of each cord segment. The blocks were placed in sucrose solutions. The caudal surface of each segment was marked with red dye over the right dorsal horn for orientation during sectioning and mounting on slides. Frozen sections were cut at 50 microns.

Methods were developed for obtaining myelin (LFB) and neuronal (Nissl) staining and for immunohistology for MAP2 and for choline acetyltransferase, calbindin, parvalbumin and gephyrin to identify excitatory and inhibitory neurons.  Good preservation of cellular morphology and immunoreactivity was obtained in cords that were removed at autopsy performed between 6 and 12 hours post-mortem. 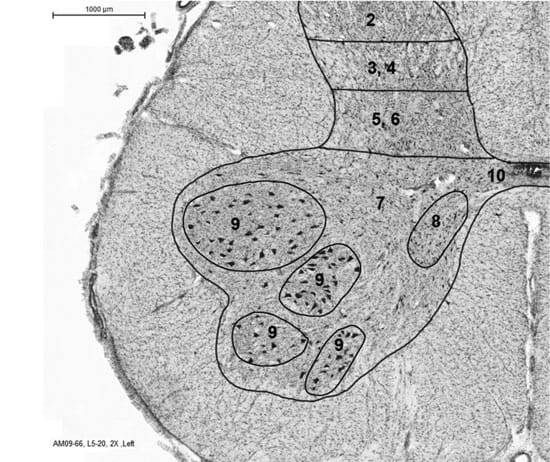 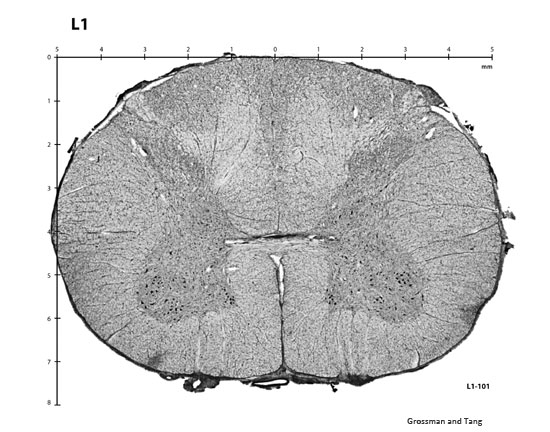 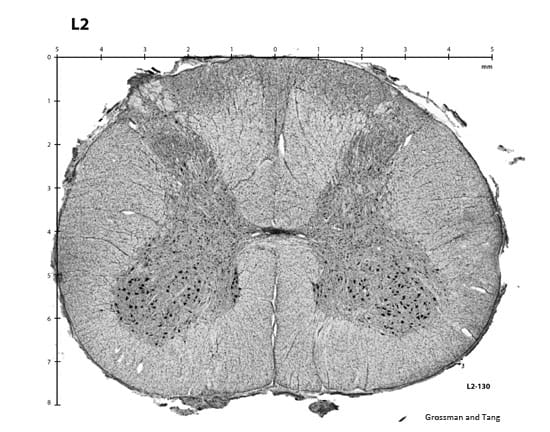 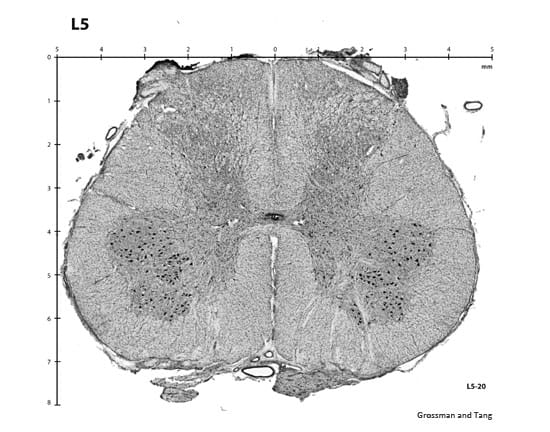 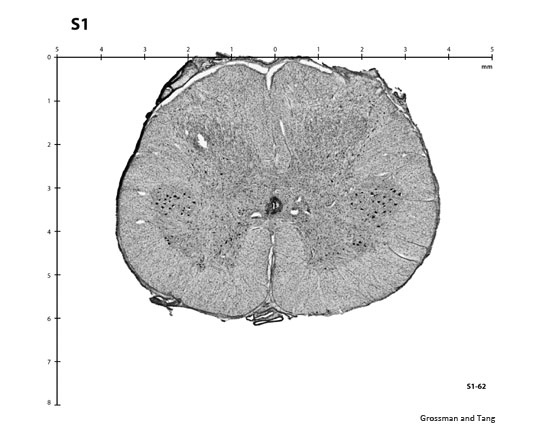